Sir Lancelot's Armor wanted to promote its new line of Holy Grail screen protectors, which are made of bullet proof glass. 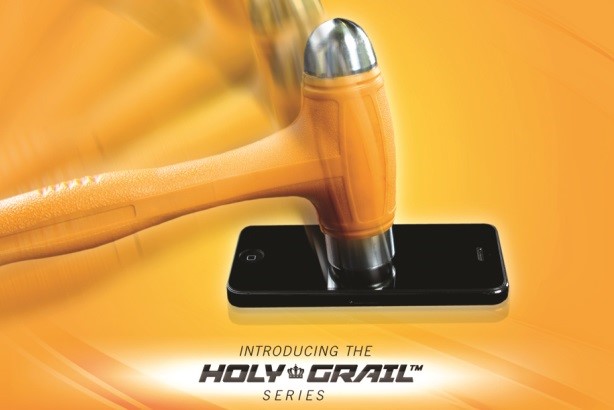 "We have a great product, but letting people know about it is our biggest issue," says Jon Cyr, CEO of Sir Lancelot's Armor. "Our business has always been mostly online, and online marketing didn’t return what I needed it to return."

While Sir Lancelot’s Armor previously focused messaging on the reusable nature of the screen protectors, MRB helped shift the spotlight to the products’ durability, says agency president and CEO Michael Becce.
"We knew if we pushed the durability and protection angle, people were going to want to challenge it in some way, so we created a video that showed extreme screen attacks," Becce recalls. "We highlighted other benefits but led with protection. The product gets quite a reaction when you see it working, so we wanted key influential media to see it in action first."

MRB began pitching media in February, with a story embargo date of March 1. Targets included tech, general consumer, and men’s and women’s outlets, as well as IT trades and bloggers covering mobile, Apple, and IT.
Outreach expanded to mom, education, outdoor, and travel bloggers as the campaign progressed.

Pitches included a video showing the Holy Grail being attacked with saws, razors, hammers, and a drill. The company posted the video on YouTube and SirLancelotsArmor.com.

"A screen protector isn’t going to stop a bullet, but we knew people were going to try it because it’s made out of bulletproof tempered glass," Becce says. "We tested everything, including the type of gun and ammo used, before we gave King 5 the exclusive. We let King 5 do it because Jon [Cyr] could be with them and give us some degree of control over it. We then notified all NBC stations and Gannett-owned media that the King 5 footage was available to them."

Cyr demonstrated the product for additional Seattle and San Francisco-area outlets, and Becce conducted demonstrations for media in the New York and Philadelphia markets. The company also hosted Skype demos for other media outlets throughout the country.

Sales increased 105% between February 28 and April 15 compared to the seven weeks prior.

"Sales have exceeded expectations," Cyr says. "Through May, sales were still up about 74% compared to the 90 days prior."

Nearly 140 stories about the product have run in outlets such as Discovery Channel, USA Today, Houston Chronicle, and Seattle Post Intelligencer.

Sir Lancelot’s Armor will continue working with the agency. Plans include promotions for new mobile products slated to release in the fall.